The Biggest Mistake To Avoid as a Beginner Calligrapher 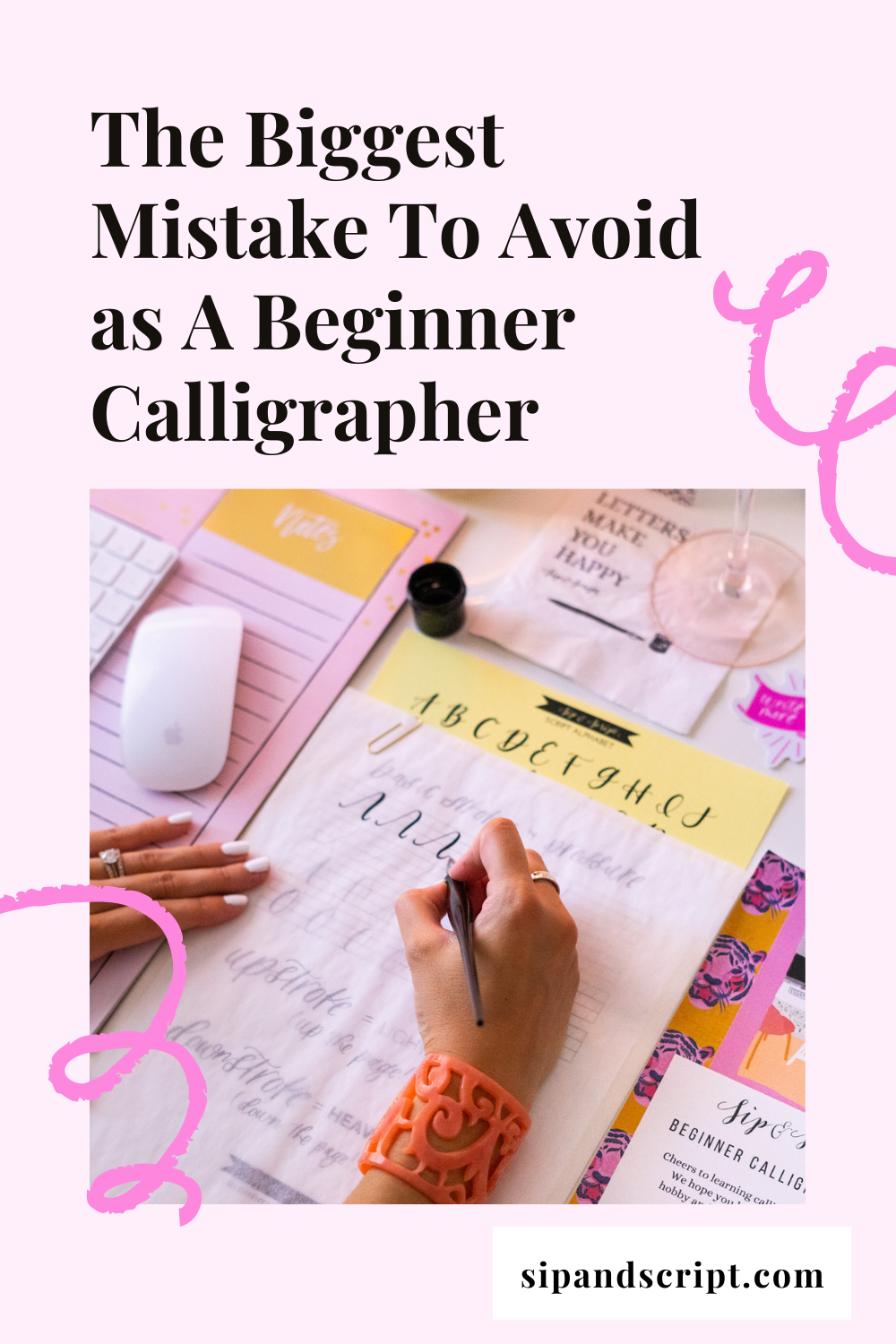 26 Jan The Biggest Mistake To Avoid as a Beginner Calligrapher

One of the most common misconceptions about calligraphy is that it’s the same as writing in cursive. We have to break people of this mindset all the time in the class! Calligraphy and hand lettering is actually defined as the art of DRAWING letters so you can also stop being so hard on yourself about your handwriting!

Remember in elementary school when they would teach you to keep your pen down on the paper the entire time when writing in cursive? That is habit number 1 to break as you start practicing calligraphy. Calligrapher’s pick up their pens a LOT more than you think!

Ever wonder how those calligraphers “thin lines” are always so thin and perfect, and their ink never drags when they cross a T or an X? We’re here to show you how to achieve that look! Calligraphy is all about separate strokes, instead of one continuous letter. Remember, calligraphy is drawing the letter forms, and cursive is writing them!

Do you see the difference between these two T crossings?

Step 1: After writing the main part of the letter, start by writing the first half of the cross. Stop here completely and pick your pen up off the paper to ready for the next step.

Step 2: Normally, you would pick up your pen and write the second half of your cross. Since this is two “T’s” right next to each other, you’re going to connect the two. Instead of dragging your pen through two thick downstrokes of ink, you’ll want to “fake it” and connect them with your thin horizontal stroke.

Step 3: Continue with the last part of your crossing. Voila! Consistently picking up your pen helps you get those thin crisp lines, especially when you first start practicing and are still getting familiar with managing the ink flow and pressure of the nib!

Have you noticed an ink drag in your practice?! Pick up those pens, ladies!!! 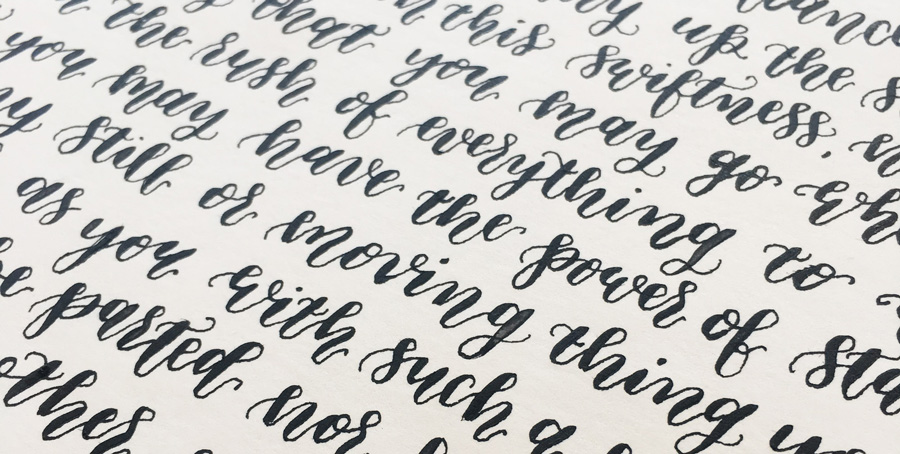