JOIN SIP & SCRIPT® FOR AN AFTERNOON OF LEARNING BRUSH LETTERING! Join us at Bone Up Brewing Co. in Everett, MA for a Sunday Funday of pretty brush lettering! We’ve teamed up with one of our favorite brands, Brea Reese, to bring you a fun and... 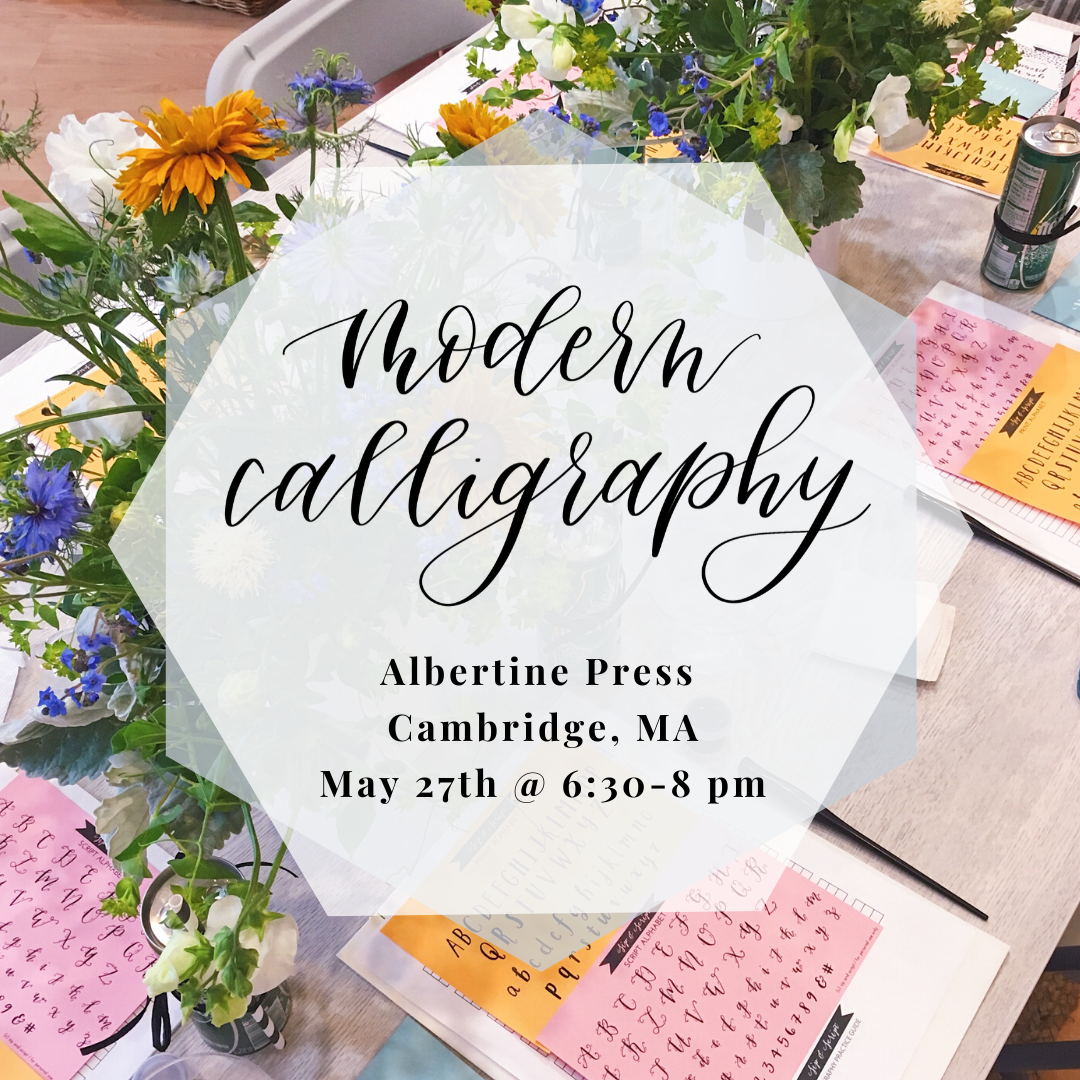 Join Sip & Script® for a Night of Learning Calligraphy! Join us at Albertine Press in Cambridge, MA for a night of pretty lettering! Whether you’re a stationery nerd, DIY bride-to-be, or just looking to try a new craft, this workshop will give you an introduction...

If you have any questions or need help signing up for a class please email us at [email protected].